At 8:45am on Monday, we met at Munich Central Station to board the train to Nuremberg. We had great fun playing the card-game werewolf while our classmates had to sit in the classroom and study Latin, Maths or Geography (sorry, not sorry!). Two hours later, we arrived in Nuremberg and walked through the beautiful old town to the youth hostel, located in the castle up on the hill. From there you had an amazing view over the whole city. We changed clothes to participate in a hip-hop-workshop, organized by the DAI (Deutsch-Amerikanisches Institut, which had organized the trip). When we arrived, we were surprised: It was a theoretical workshop in which we analyzed the lyrics and videoclips of different artists. We had been well-prepared to show our teachers our best dance moves (and vice versa), but it wasn’t meant to be. Still, it was interesting to get an in-depth analysis of songs you’d usually only listen to on the radio.

Afterwards, our teachers included a 101 on the local language, namely Fränkisch. It was weird, because we only spoke English and now, all of a sudden, we spoke German – well, sort of – if you know what I mean. We returned to the youth hostel for dinner, before we then headed back into the city for a night walk.

Since it was a hostel, we packed our own lunches for the new day: Tuesday. They were tasty and always with some kind of chocolate granola bar and fruit. At 9am, we had a movie theatre appointment at the Casablanca, where we watched The Hate U Give. A lecturer from the Friedrich-Alexander-University provided us with some input and patiently answered all our questions. And there were many! In the afternoon, we met Ruth, our lovely tour guide from America. Considering the heat, we didn’t walk much, but that was fantastic and met our needs to 100 percent. We’re talking about quality here, not quantity. So now we know about the secret ingredients of the famous “Drei im Weggla“ bratwurst. Afterwards, we had some time to explore the city on our own, meaning, in groups of at least four girls. Deal, and off we went!

In the evening our teachers had a little rallye in mind. The task was – once again in groups – to take selfies with three different facial expressions in front of three iconic landmarks: The Henkerbrücke, the Frauenkirche and the Albrecht Dürer House. That was fun!

On our last day the human rights workshop awaited us. We truly didn’t know what shocking news we would have to expect: “Human rights“ are an alien concept to several countries on the planet! We created our own posters on that topic, which we took home with us and which are now on display in the school hallways. Our last stop was the Way of Human Rights. This is a walkway where one can see 30 pillars, each one has one article from the Universal Declaration of Human Rights engraved onto it.

Unfortunately, it was already Wednesday and we had reached the end of our three day trip and so we boarded the train again, talked and played some card games, until we arrived in Munich. Tired, but filled with hundreds of new impressions and lovely memories we returned to our families. We’d go on that trip anytime again. See ya next time, Nuremberg! 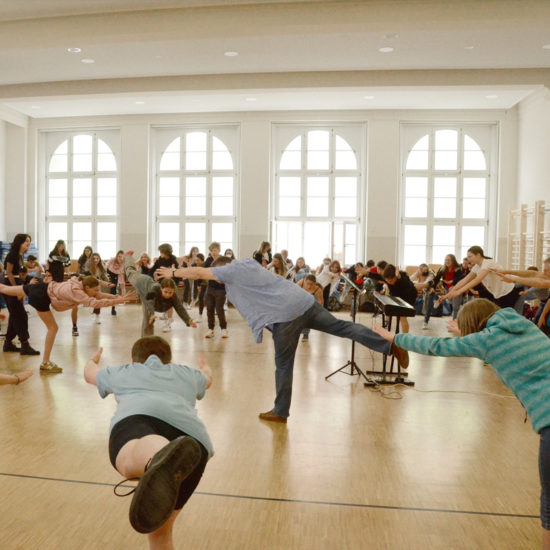 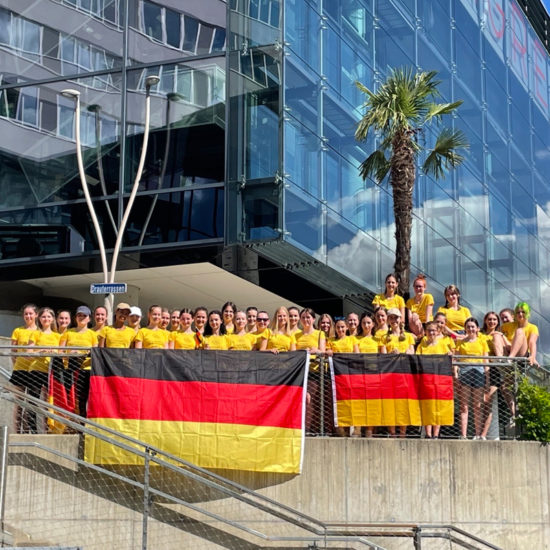